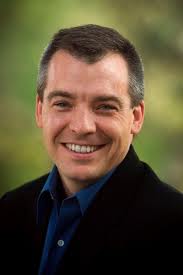 Today Dr. Donna Campbell, candidate for Texas State Senate District 25, was endorsed by constitutional teacher and Hays county resident Rick Green. Rick Green has been a conservative leader in Texas since he served in the State House of Representatives from 1999-2003. After his time in the Texas House Rick went on to work with David Barton at WallBuilders and increased his involvement in The Torch of Freedom Foundation where he educates our Nation’s future leaders about American’s heritage.

“Dr. Campbell is a patriot with the backbone to stand up against special interests in Austin and fight for our conservative principles. She is the most qualified candidate to advocate for our constitutional rights and against the impending threat of Obamacare. Texas is in need of conservative leaders, not career politicians. As a resident of SD 25 I look forward to casting my vote for Dr. Donna Campbell.”

Donna Campbell is a board certified physician in both Ophthalmology and Emergency Medicine. Donna and her husband, Stan, have four daughters and live in the city of New Braunfels.

Schools are starting soon and judging from what I have been reading, there is a lot of misinformation out there…