“Today is a proud day for the Watkins family and the entire State of Texas,” said Senator Campbell, Chairman of the Veteran Affairs and Border Security Committee. “Master Sergeant Watkins served heroically in the Korean War, giving his life to save countless Americans. I want to thank Governor Abbott and Rep. Jay Dean for recognizing this brave Texan with the state’s highest military honor.”

Prior to serving in Korea, Watkins served in World War II and was awarded the Bronze Star for his actions during the Guadalcanal Campaign.During the Korean War, he was awarded the Congressional Medal of Honor for his conspicuous leadership during the Second Battle of Naktong Bulge, where he is credited with paying the ultimate sacrifice to save the lives of his men. 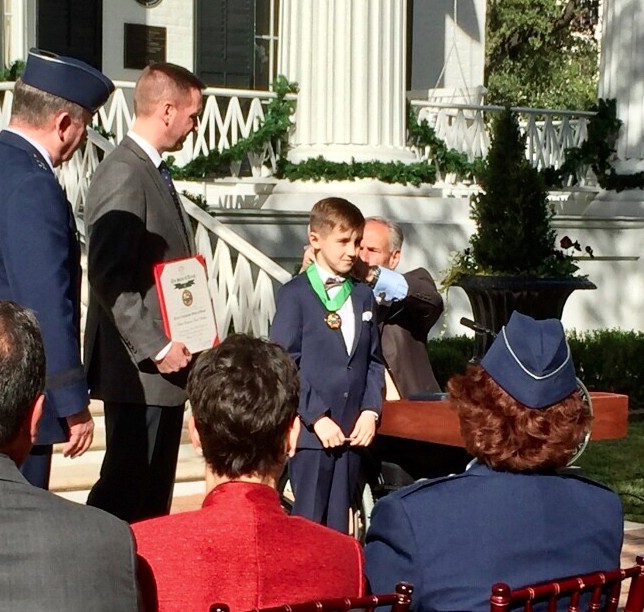 Governor Abbott presented the award to Watkins’ great-grandson, Travis Branch, who accepted on behalf of the Watkins family.  The Texas Legislative Medal of Honor has been awarded every session since it was created in 1987. A panel chaired by Senator Campbell made the official selection during the 85th Legislature, with Adjutant General John F. Nichols and representatives from the Lieutenant Governor’s and House Speaker’s offices also participating on the panel.

“The Texas Legislative Medal of Honor is the highest honor a Texas veteran can receive,” said Senator Campbell. “We owe our freedom to heroes like Master Sergeant Travis Watkins. May we never forget his courage and commitment to our nation.”

Schools are starting soon and judging from what I have been reading, there is a lot of misinformation out there…