Senator Donna Campbell, M.D. is a retired board-certified ophthalmologist, board certified emergency medicine physician and proud parent of four daughters. She lives in New Braunfels and represents Senate District 25, a six-county district that includes parts of San Antonio and Austin.

Senator Campbell was born on a naval base and grew up with a great respect for the military and law enforcement. Her father served in the U.S. Navy and later as a trooper in the highway patrol. Her mother worked in factories most of her life until studying to become a nurse at the age of 48.

Senator Campbell completed her Masters of Nursing from Texas Woman’s University and received her M.D. from Texas Tech University, where she was a member of Alpha Omega Alpha, the honor society for medical schools. She completed her residency at the University of Texas Health Science Center in Houston and was awarded the prestigious Morton Award as an outstanding resident in ophthalmology.

A proud woman of faith, Senator Campbell has volunteered with Christian Eye Ministries and performed hundreds of eye surgeries in the West African nation of Ghana. In her spare time, she enjoys hiking, jogging, and watching “Touched by an Angel” with her youngest daughter, Anna.

Schools are starting soon and judging from what I have been reading, there is a lot of misinformation out there about the resources that are available as schools open during the pandemic.  Fortunately, we passed the most transformational public education bill in Texas history last session and I would to lay out the facts:  Under… 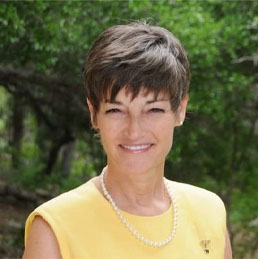 If you would like to get in touch, fill out the form and we’ll get back to you shortly.